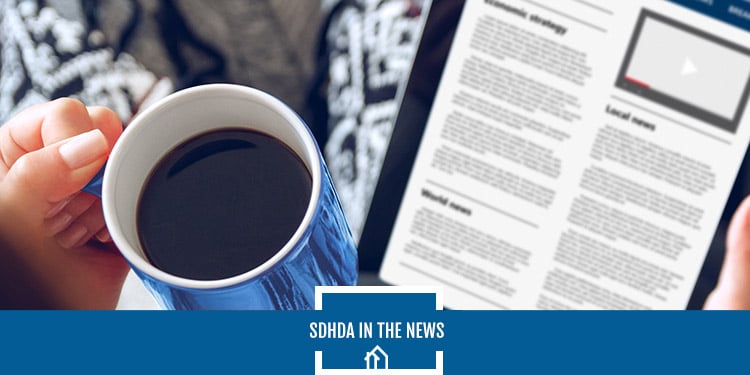 
PIERRE, S.D. (10/30/19) – South Dakota Housing Development Authority (SDHDA) presented its “Friend of Housing” Award to Dick Werner at the annual statewide housing conference. This is the twentieth year of SDHDA presenting the award to an individual who has made a commitment to affordable housing in South Dakota through their contributions, achievements and vision. 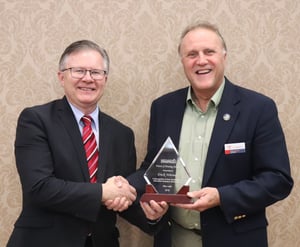 As a former legislator and county commissioner, Werner spent many years advocating the importance of affordable housing all across South Dakota. During his tenure at Dakota Resources and as a board member for Herried Area Housing Development, he has worked tirelessly to find individuals and families suitable housing. He identifies the partnerships, grants, homes and suitable mortgages to make these deals work and keep homeowners in our smaller communities.

Werner’s knowledge and devotion to keeping small town America going is immense and goes beyond just housing. He has located grant funds for playground and swimming pool improvements, played a part in saving the local grocery store and securing funding for energy efficiency improvements, helped develop a new single-family subdivision and worked to promote the expansion of a local technology company. He has stepped up, worked hard and went the extra mile for rural America.

“As a housing advocate, Dick has worked extensively to keep our communities growing instead of declining,” Executive Director Mark Lauseng said. “Every community needs a champion and Herried is lucky that they have Dick.”

The Friend of Housing Award was started 19 years ago to recognize individuals and/or companies who are instrumental in providing affordable housing in South Dakota. Annually, SDHDA accepts nominations for the award and announces the recipient at their annual housing conference.

About the Friend of Housing Award

South Dakota Housing Development Authority (SDHDA) was created by the South Dakota legislature in 1973 with a stated mission to provide decent, safe and affordable housing to low- and moderate-income South Dakotans.  SDHDA is a self-supporting, nonprofit entity that uses no State tax dollars to fund its operating budget.  SDHDA utilizes housing bonds, tax credits and other federal and state resources to fund housing programs that provide mortgage and downpayment assistance, housing construction and rehabilitation, homelessness prevention and rental assistance. 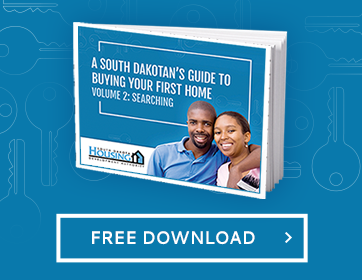